​     These Three Words is a documentary feature film that has been in production for nearly ten years. The film follows five individuals facing brain cancer and sheds light on an under publicized disease and an underserved population.
The story of Amber, Andrew, Greg, Mike and Scott is a story of Hope, Love and Survival.  Their mix of hope and anger are universal with messages that reach across boundaries and language. Over two-hundred hours of footage has been captured and logged. Interviews with the featured five over nearly ten years, doctors, radio talk show hosts, the chemist who helped synthesized the drug of choice for brain tumor patients, music production on two continents and scenes of inside hospitals with caring staff and doctors hoping beyond hope for a cure. Continued production and travel expenses, rough cut editing, medical graphics, animation and other departments are expensive. With the passing of Ace Diamond, the reason, the need to finish the film is ever more pressing.
These Three Words fiscal sponsor is the Rhode Island Film Collaborative - a US non-profit 501(c)(3) organization. All donations to These Three Words go to our fiscal sponsor and pay for producing These Three Words.These Three Words Film, LLC is embarking on a campaign to secure the funds needed to finish the film. That is why we need your help. Please donate today. 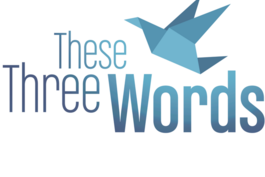 Interview with Lisa Flynn & Barbara Warner from Paul A. Roselli on Vimeo.

We need your support

Blue to yellow back to blue again

These Three Words Film Trailer from Paul A. Roselli on Vimeo.

Shaping and shading time out

Meeting Dr Malcolm Stevens from Paul A. Roselli on Vimeo.

Turn Up Music Video from Paul A. Roselli on Vimeo.